Seattle is Smitten with Moxy 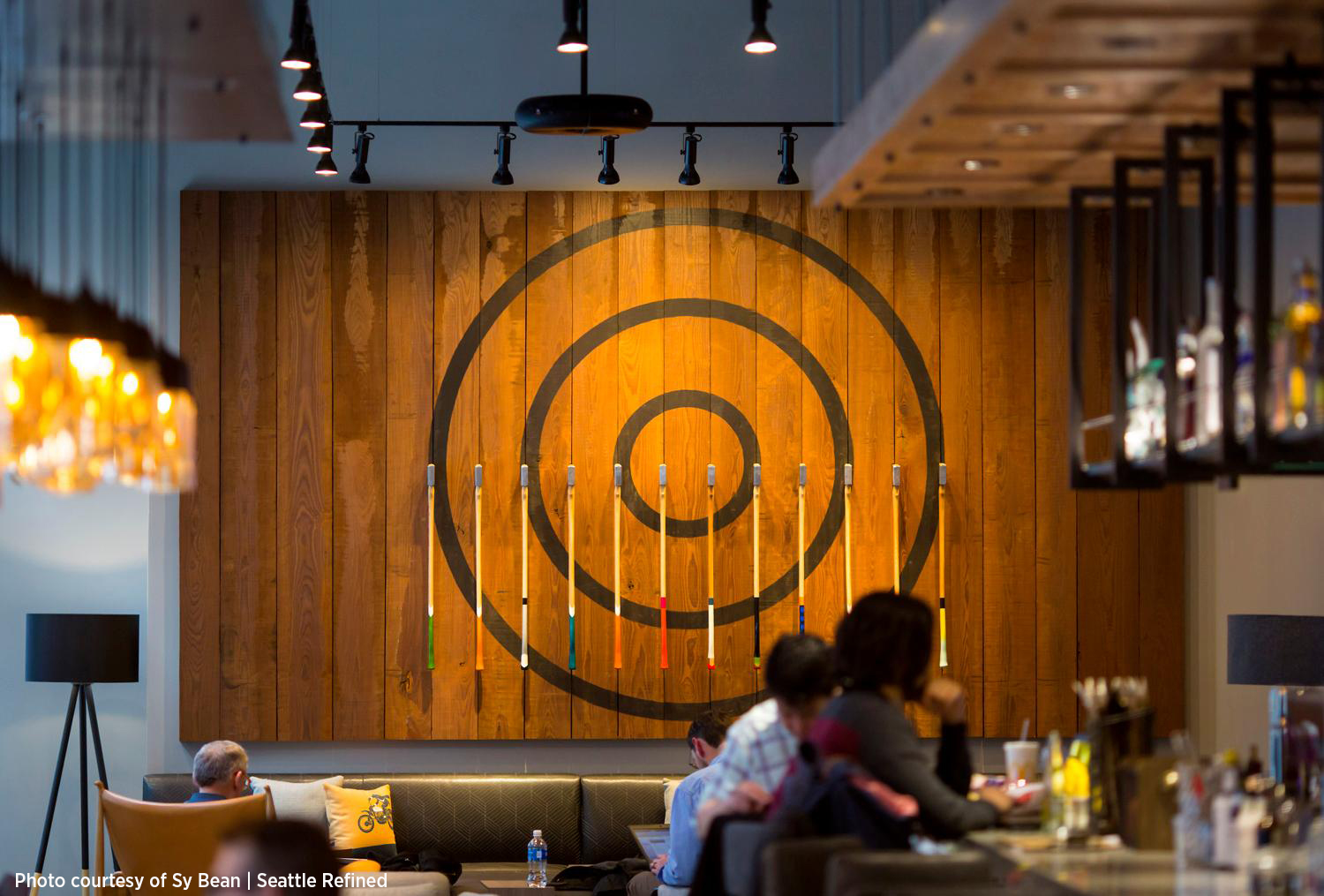 We designed Moxy Seattle Downtown to tell the living story of the city’s past, present and future. You are not in just in any cookie-cutter hotel. At this hotel, you are tapped into the pulse of the Pacific Northwest. So, grab yourself a complimentary “Got Moxy” cocktail and take a seat on the teeter-totter.
Welcome to Washington.
This is the story of Seattle.

In February of this year, as Curbed Seattle describes, “Marriott’s kookier little sibling arrived in Seattle.” Moxy South Lake Union is unlike any other, a hotel that is a living conversation between the city’s role as a hub for ecommerce and its roots in Pacific Northwestern outdoor culture. Sleek, minimal surfaces follow the pulse of the city’s promising tech scene, interrupted only by rustic materials like canvas, leather, wool, buckles, hooks and axe art installations. Voicing the spirit of the city’s adventurous side and its roots in the maritime, lumber industries, our friends at Gray Magazine, say it’s a “hotel [that] goes beyond Glamping,”

Included in Seattle Magazine’s list of 5 Best Hotel Bars in Seattle, they describe the hotel as “a sort of cozy Northwest den theme.” The magazine writes in a second article that Moxy “takes hospitality to new heights,” with playful lobby elements like a reclaimed lumber teeter-totter, crafted by local custom woodworkers, Urban Reclamation.

“The lobby/bar is the heartbeat of the hotel,” writes Seattle Refined. It’s not the kind of hotel where you check in and hide away in your room. The, “join the campfire” vibe of the 24/7 lobby and hotel bar doubling as a check-in counter, has locals talking. Seattle-based blogger Nicole Carlson had a similar take-away from her stay in February. “[In] what other hotel can you play Twister in the lobby?” she writes. “It was an absolute blast.”